The liver and kidney diseases that we selected to verify the presence of micro and nano-foreign bodies in the pathological tissues were granulomatosis, sarcoidosis and cancer. In all the samples we checked, we found micro- and nanoparticles and their chemistry was not completely homogeneous. In granulomatous tissue, particles of sufficiently large size, but never larger than 20 microns, are found inside a capsule; instead, when their size decreases, they can be found inside the cell and even inside the nucleus, without any trace of inflammatory tissue, which is the symptom of the biological reaction against a foreign body. It seems as though the organism reacts in a “quantic” way, according to the size of the invader. As far as the debris composition is concerned, we detected a great number of them, some of them including various elements. Others contained few elements and we could classify them as known compounds. Most of the combinations, though, mainly made of metals, among those detected in pathological samples can’t ve found in any chemistry manual, so one of the possible, but certainly not the only, explanation regarding their origin, is that they come from uncontrolled fusion processes, for example from an incineration plant, producing new very often unknown alloys.

The presence of foreign bodies compromises the functionality of the organ inducing pathologies. 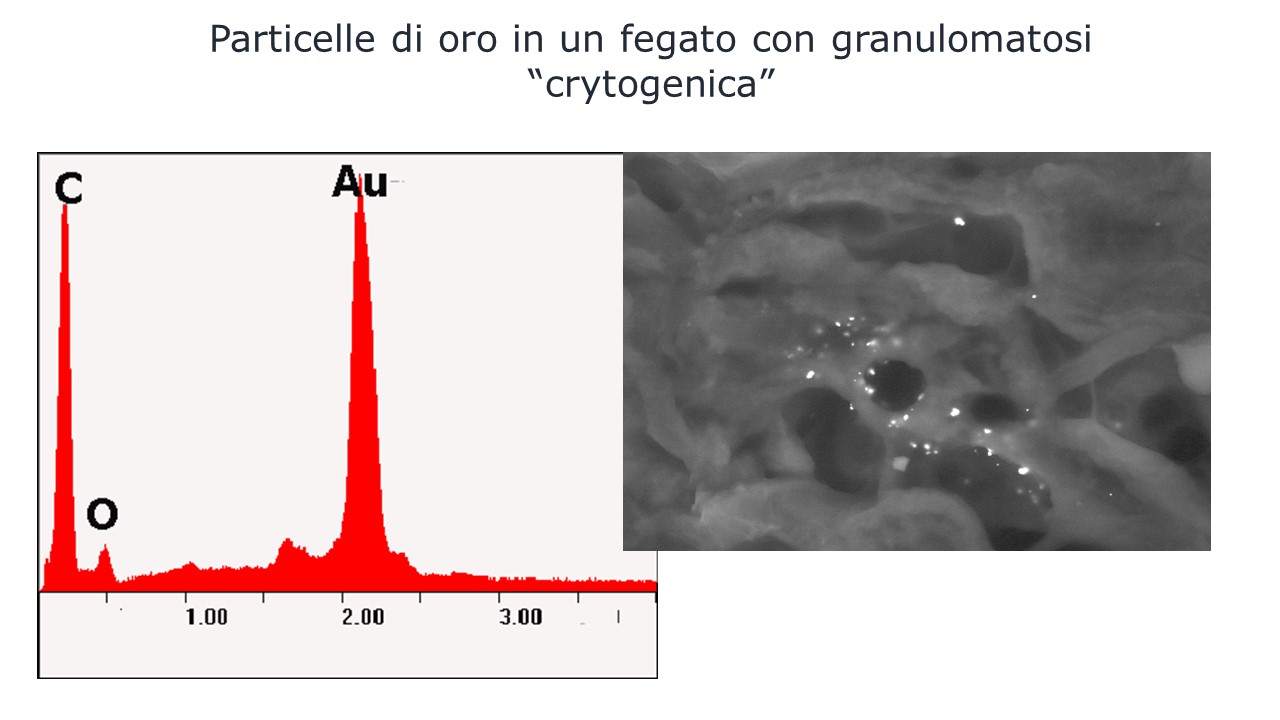 Nanoparticles of a lead compound in the lungs. The patient was affected by a multi-organ granulomatosis 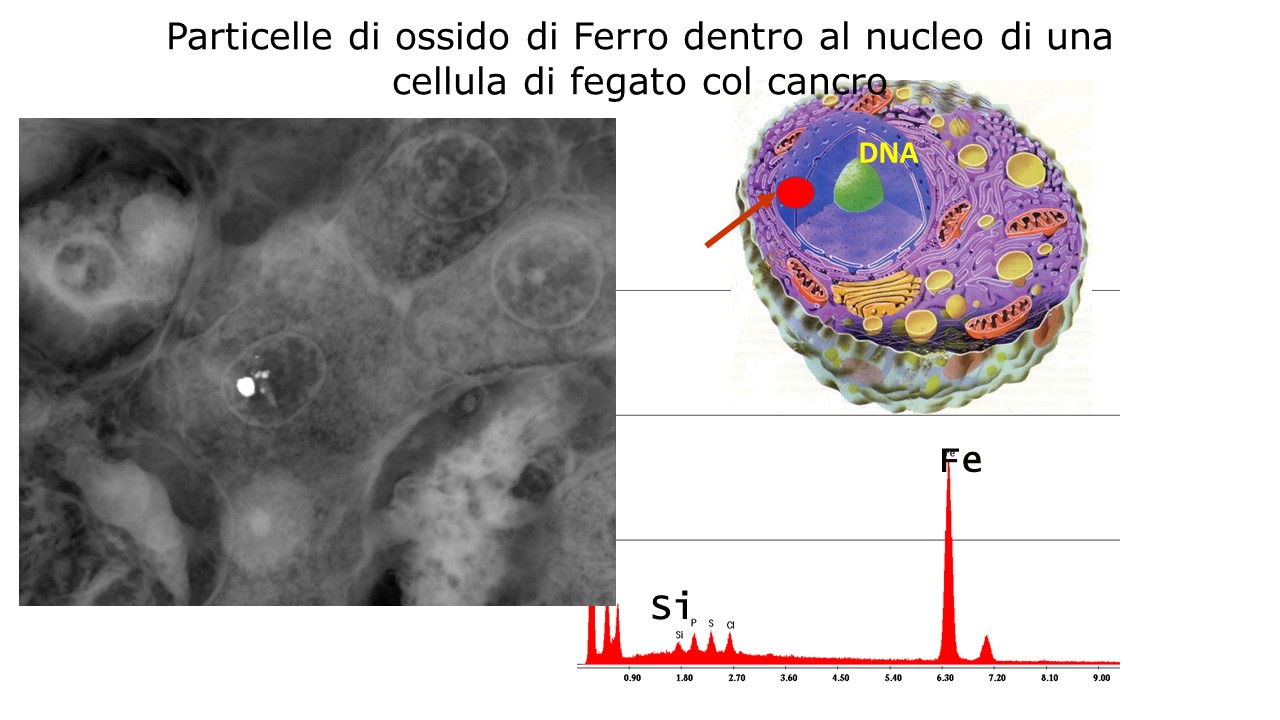