Carried by the blood, quite small particles can reach any organ or tissue, in particular the liver and the kidneys, organs called excretory organs, partly dedicated to the treatment and elimination of metabolism waste. From those organs the particles are captured without any possibility of exit and, as is the case for any other tissue, they trigger the classical foreign-body reaction with the formation of an inflammatory tissue (granulation tissue) that isolates them from the rest of the organ. The chronic nature of the inflammatory form can trigger a cancer whose variety depends on various factors including the affected tissue, the size of the particles, their concentration, their shape, their chemical composition, the rate of intake and the duration of the intake itself. 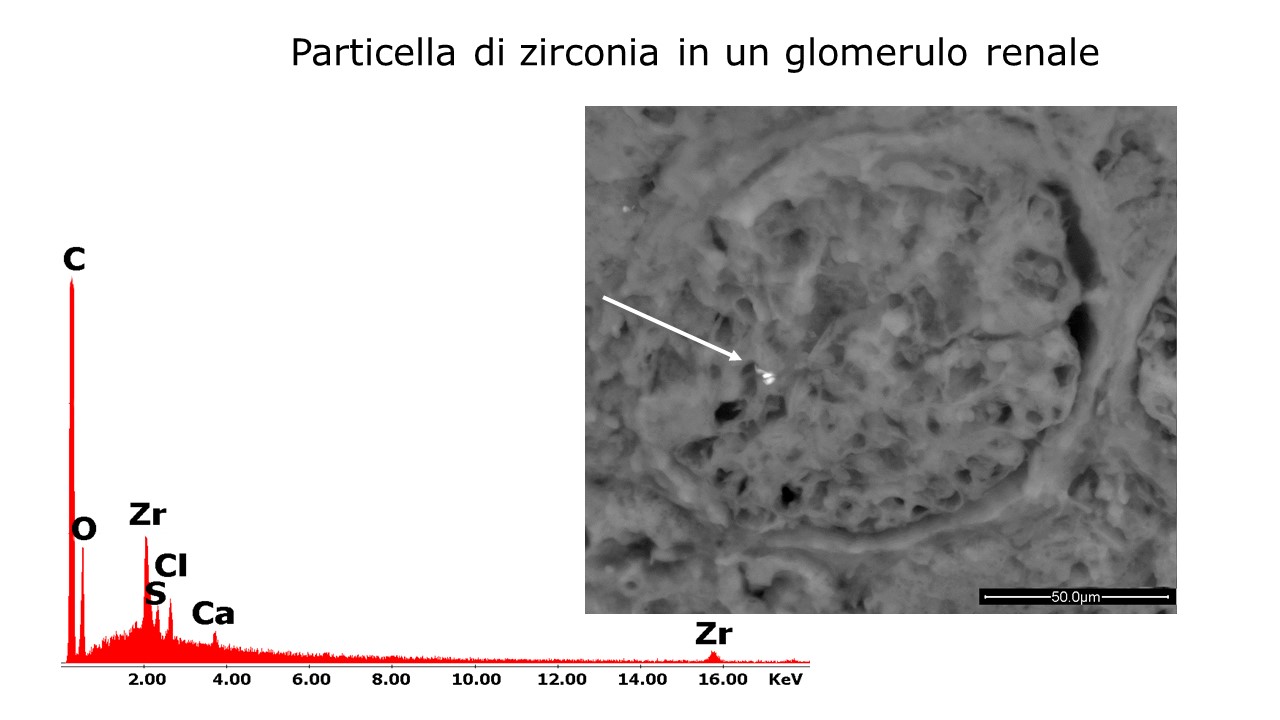 Spleen and pancreas are also targets of the particles. If, due to various diseases of the spleen, the organ is often removed, the involvement of the pancreas is much more critical. It may happen that, if the particles end up in that gland, they go so far as to prevent the so-called beta cells, the most numerous of those that form the islets of Langerhans, from producing insulin, a hormone indispensable for different metabolic functions, the most known of which is the regulation of the presence of glucose in the blood. Failure to produce insulin leads to type 1 diabetes.